(This post gives away a few plot points from Le Guin’s The Shobies’ Story.) 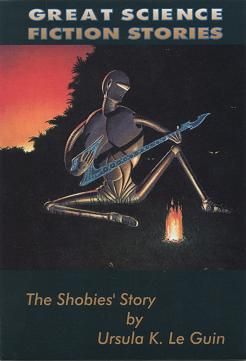 The first of my posts on Semiotics ended in the claim that misrecognition — something being mis-taken for something else — bears a potential not only for humour, but for horror as well. The second, in a slightly long-winded way, made the point that recognition is a mere first step towards making sense of perception:1 Signs get their meaning only from their relations to each other (through interpretants); and this, I believe, is closely related to how scenarios or stories are made up of the specific relations between the signs contained in them. (I am, admittedly, a bit vague on that last step.)

The Shobies, our eponymous space travellers in Le Guin’s story2, encounter both the horror of misrecognition and the necessity of connecting meanings into a network. In testing an experimental new spaceship drive which promises instantaneous travel between any two points in space, they end up in a both mentally and physically confused state of being neither here nor there, nor anywhere, for they don’t share a joint perception of reality.

The experience is deeply disconcerting and, with their perceptions diverging, the ship’s systems failing, eventually their entire existence appears to be in danger of fading away. But they do find a way to rescue in the end.

By telling the story of their journey together, sitting at a fire, they find an agreement on what really happened during the time of confusion. And by doing so, the reality of their existence is consolidated, they reappear, safe and sound, at the space port where the ship had taken off.

“They got lost. But they found their way.”5

In our, the Schaubies’ experiments with computer vision, the dangers we face are far less existential. (Our world won’t end if we disagree with the computer’s assessment of what it sees in an image. I guess that is why such mistakes usually have a humorous, not horrific effect on us.) But we, too, have to be careful about what kind of world we want to create: What training data to use for our neural networks, how to use ready-made, opaque services like Google Vision in a responsible way, what method of story-telling to use to create our narrations. These questions are, for me, at the moment, as open as they were four weeks ago. Yet as questions, they have become more clear. 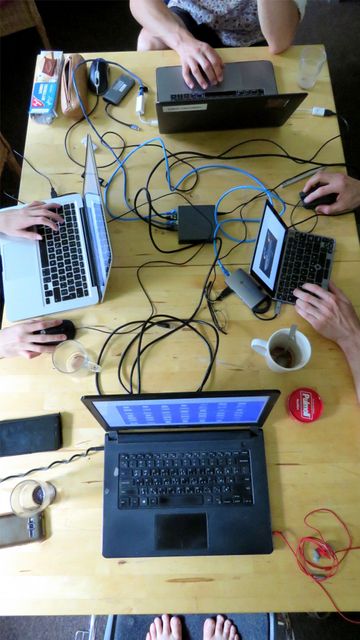 the technology of collaborative work, and other feelings 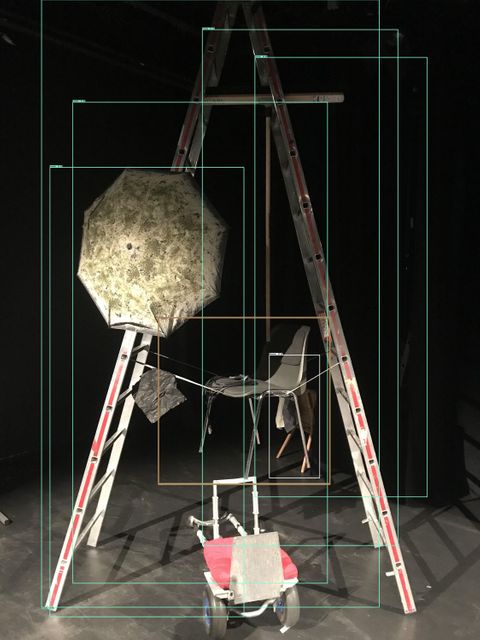